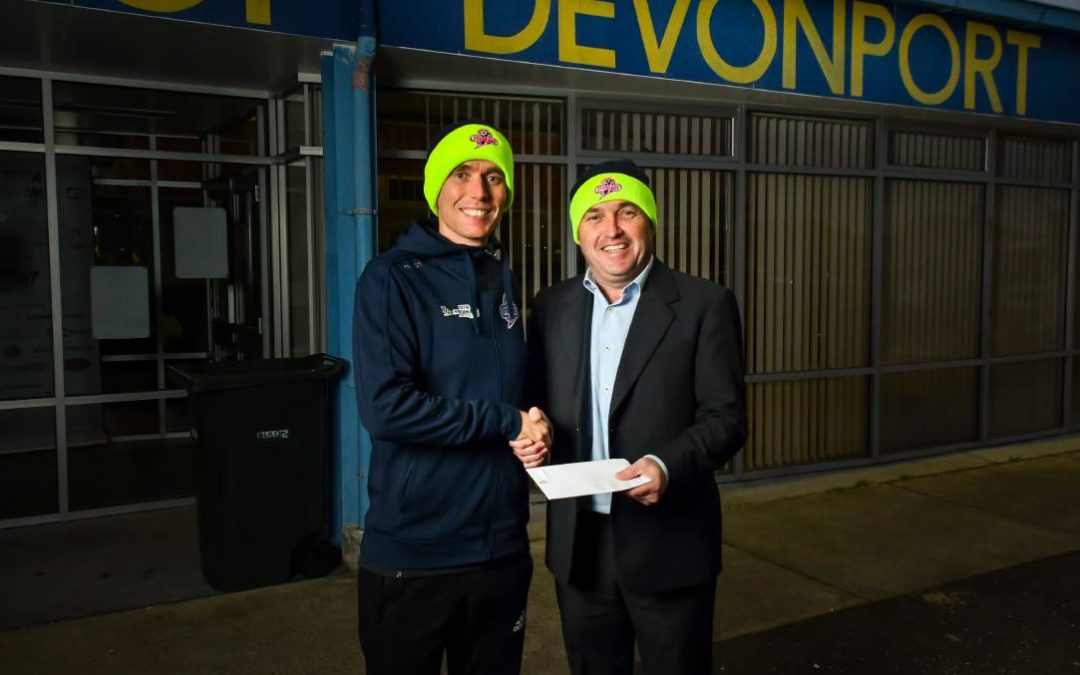 Football and soccer clubs across the North-West have been hard at work over the past few weeks raising money for breast cancer causes, with the total money raised exceeding $10,000.

The highest profile of the fundraising attempts was the Devonport Strikers McGrath Foundation Pink Day during the its NPL Tasmania clash with South Hobart on June 29, where $3500 was raised.

The day was organised goalkeeper Nathan Pitchford, with players of both teams and the officials wearing altered uniforms to include pink and the Strikers also held a post game function.

Penguin Football Club held a ‘Pink Day” on the same day as the Strikers, raising $5000 through a luncheon with guest speakers, players donating their match payments and seven players and officials shaved their heads for donations.