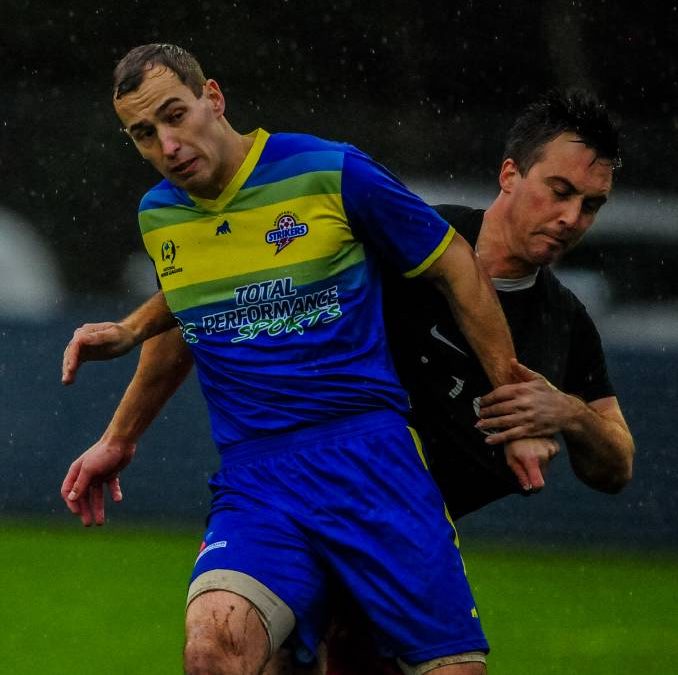 Devonport has taken a huge step towards the 2019 NPL Tasmania title after a second-half hat-trick from Miles Barnard secured a 4-1 victory over rivals South Hobart at a rain-sodden Valley Road on Saturday.

With the scores locked at 1-1 at half-time and everything to play for, Barnard showed he was as adept in wet conditions as he was the dry, backing up from his eight-goal haul last week against Clarence with another canny display of being in the right place at the right time.

The result not only keeps the Strikers five points clear of second-placed Olympia, who defeated Launceston City 3-0 later in the evening, but also drops South Hobart, who do have a game in hand, 11 points behind in the chase.