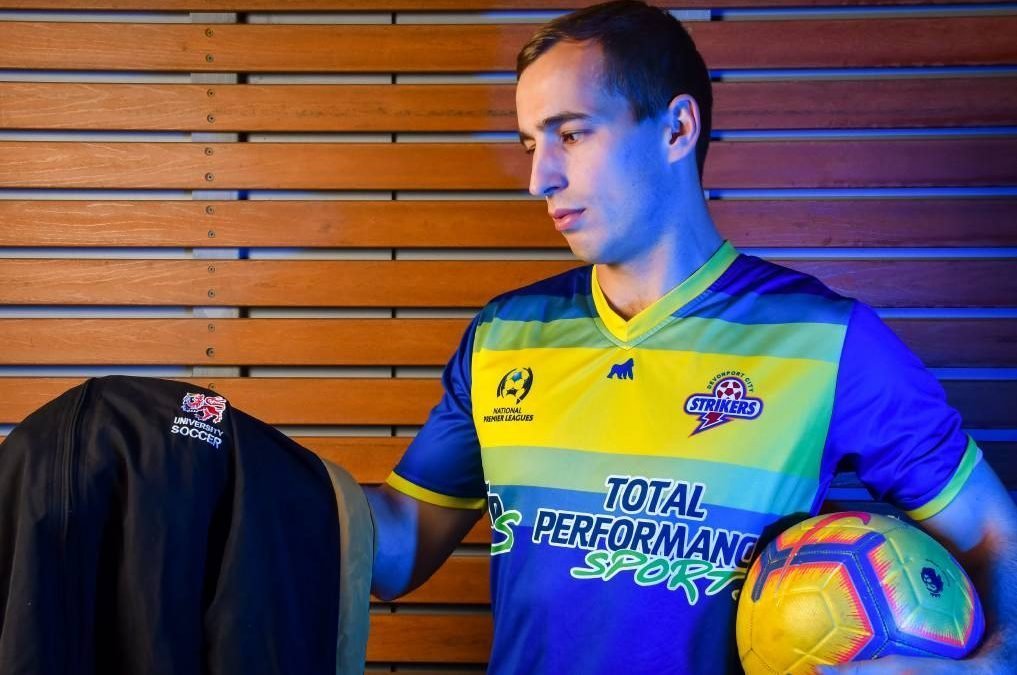 Players playing against their former teams is a regular occurrence in sport, but not many players will take on a club where they spent time in the top job like the Devonport Strikers’ Miles Barnard.

The Strikers’ target man will take the field against his former side University in the Lakoseljac Cup semi-finals at Olinda Grove, a place where he spent four years as a player from 2010-13 and where he was the club chairman from 2012-13.

Barnard said he was looking forward to Saturday’s game, with the fixture being a long time in the making.

“To be completely honest, I have been looking for this Lakoseljac Cup draw for about 10 years,” Barnard said.

“When I moved Uni I wanted to draw Devonport so we could cause an upset against my old club and that didn’t eventuate.

“After moving back, I always thought it would be good to play Uni in a cup game and it will be good to get back to the club.”

University has had a connection with the Strikers in recent times with a number of former players running out for the Hobart-based club.

But Barnard said there wasn’t a connection with the Strikers that got him to University.

“I honestly looked at the results the previous year and saw they got relegated and thought it would be good fun to get a club promoted back to the top division.