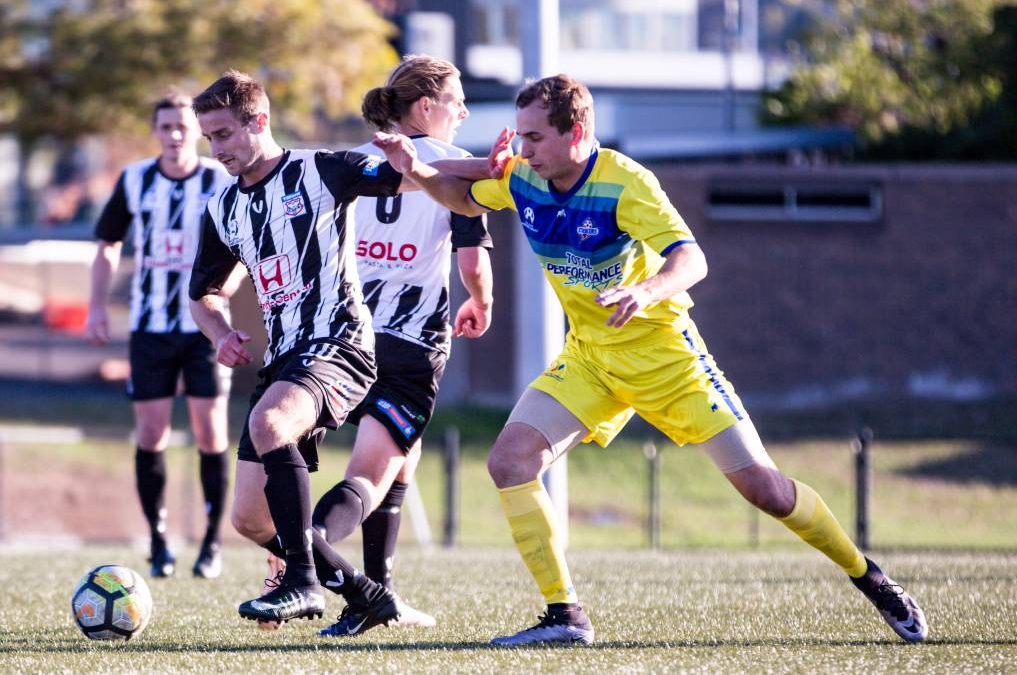 The Devonport Strikers were left to rue a slow start and dropped their first points for the NPL Tasmania season with a 2-1 loss at the hands of the Hobart Zebras at KGV on Monday.

here was a horror start for the Strikers with the Zebras opening up a 2-0 lead within 11 minutes with Nicky Edwards and Matthew Sanders making the most of early chances.

The Strikers controlled the play from the remainder of the first half and it took until the 45th minute for visitors to get a goal back with captain Kieran Mulraney banging it home following Miles Barnard’s header from a Joel Stone corner cannoned into the bar.

The Strikers tried everything to get the game back to level footing in the second half and had multiple chances saved by the Zebras’ goalkeeper Samuel Whatman.

The Strikers came close in the closing stages as a free kick from their own half from Nathan Pitchford in the 91st minute met with a Strikers’ head, cleared Whatman, but it did not go under the bar.