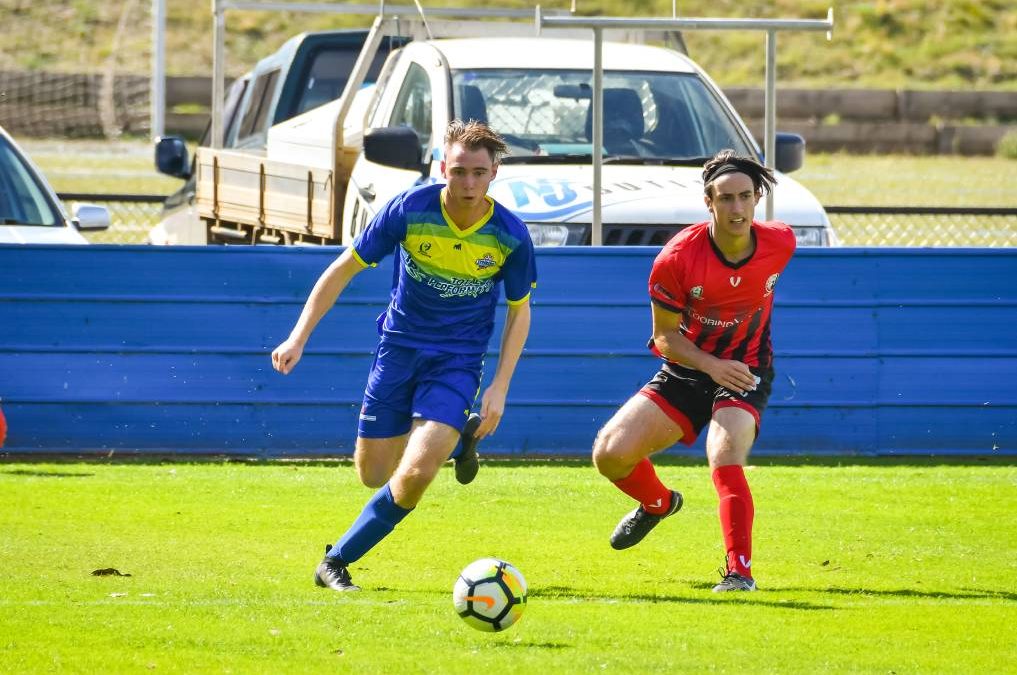 Devonport Strikers returned to the top of the NPL Tasmania table on Saturday after easily disposing of the resistance of Clarence United at Valley Road.

The contest went as expected considering the Strikers were coming up against a team that had let through 35 goals in their previous four matches this season, a tally that grew substantially with the Strikers’ 9-0 win.

But it could have been more, with the home side seemingly leaving a few out on the park having 37 shots to three.

The Strikers had briefly lost top spot after South Hobart’s 3-0 win over Glenorchy on Friday, but reclaimed their two-point buffer over their Southern rival ahead of next Sunday’s early-season showdown at Darcy Street.

Eddie Bidwell collected his first hat-trick for the club, with the remainder of the goals shared around as the Strikers undefeated start continued.

Jack Dance, Guillermo Lazcano (after converting a penalty shot), Kynan West (for his first goal at the level), Miles Barnard, Joel Stone and Ignacio Giampaoli were the others to find the back of the net.

“It is another three points in the bag and another win, and it ticks off the objective we had the start of the year when we hit the road, as we go away now for a few road games with max points, so we’ve achieved the first objective of the year,” coach Rick Coghlan said post-match.

“(But) we missed a number of chances and obviously created a lot more than we ended up with, but we are just going take away what we can from this game and move on.

“You always want to score more, but we won’t dwell on that.”