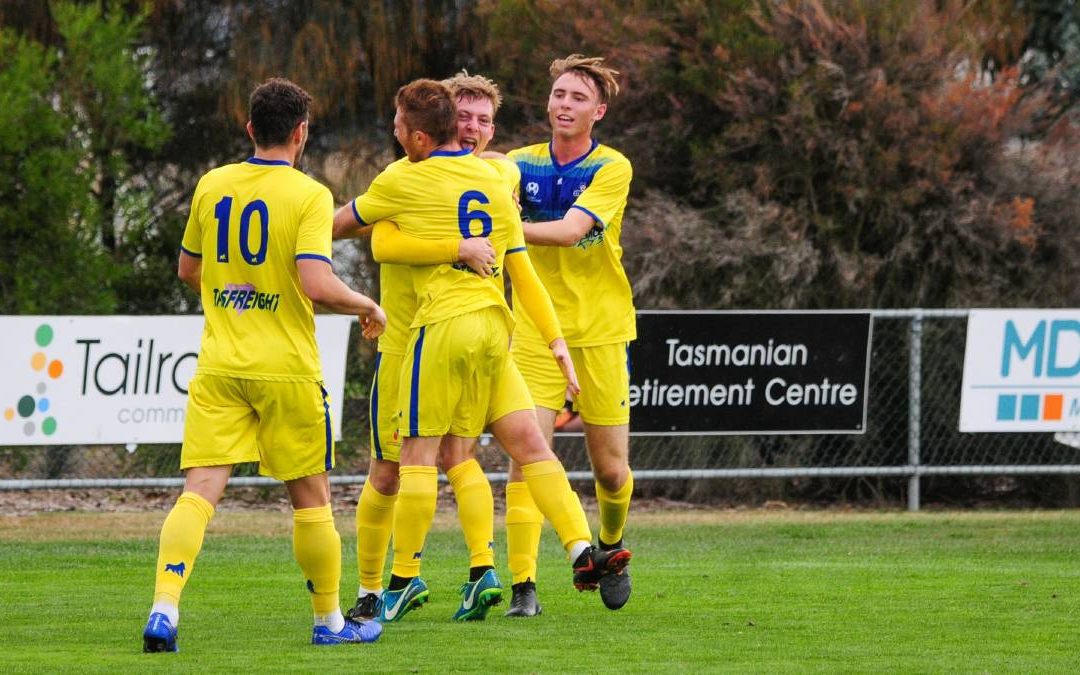 A dominant display in possession has helped the Devonport Strikers continue their winning start to the NPL Tasmania season with a 2-0 victory over Riverside Olympic at Windsor Park.

Max Fitzgerald opened the scoring in the 19th minute and Brody Denehey got his first goal of the season in the 88th minute to secure the three points.

Strikers coach Rick Coghlan said his team put together a complete performance across the duration of the game against a Riverside lineup that was happy to sit back defensively.

“The performance was excellent for literally 90 minutes, we were very happy with the level of performance and way we played the game,” Coghlan said.

“Credit to Riverside, they defended really well, but obviously it is very difficult with that many numbers behind the ball and defending that deep.”