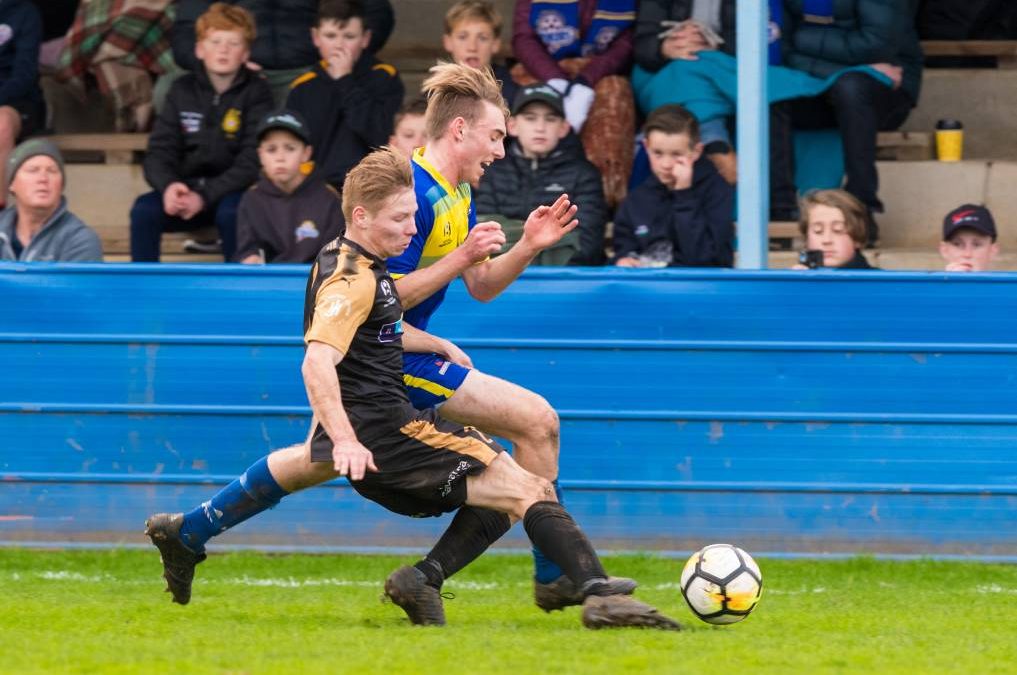 Another Miles Barnard hat-trick has put the NPL Tasmania finish line firmly in sight for defending champions Devonport after a 4-1 victory over second-placed Olympia on Saturday.

After arriving at Valley Road with a three-point penalty hanging over their heads from a rule breach last round, the Warriors had it all to play for as they tried to stay in the title race.

But the Strikers had other ideas, running out comfortable winners to move three points clear (which could extend to six points pending Olympia’s appeal) with a game still in hand.

Once again Barnard showed his knack of excelling on the big occasion, backing up from his three-goal haul against South Hobart at the same venue last month to lead the line again for the hosts and take his season tally to 22 for the season.

“It’s a huge win for what we want to achieve this year,” Devonport coach Rick Coghlan said.

“We knew going in that it was an important game to get the three points and make a statement.